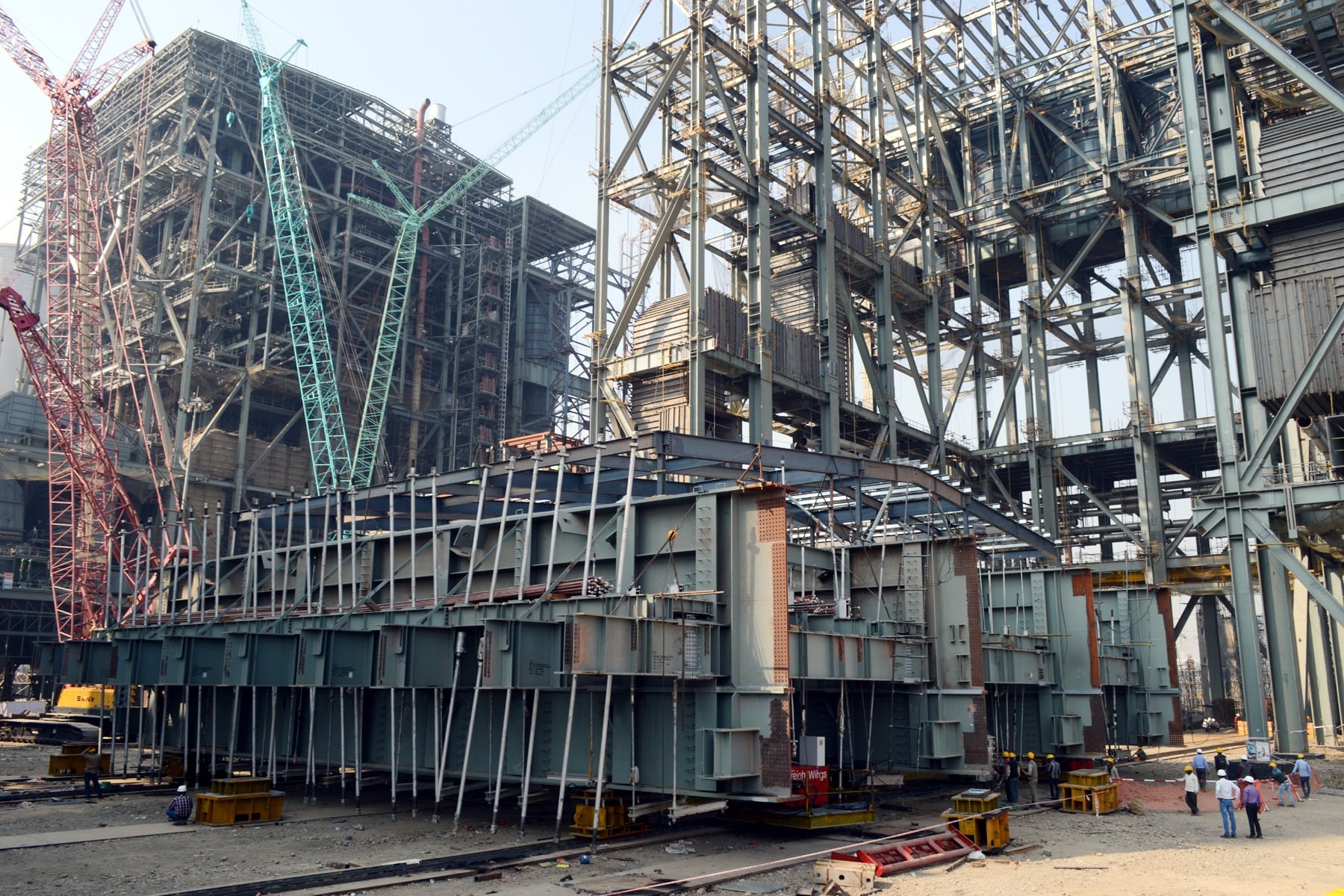 For the highly challenging skidding activity, FWPL came up with a custom-designed skidding solution for the heaviest block – Ceiling Girder block measuring 31.32m x 34.01m x 7.0m and weighing 1800MT. Using a synchronized system of 40nos high capacity skid rollers and 40 nos. 100T hydraulic jacks, FWPL’s engineering ensured that there was uniform loading on each of the Jacking stations by controlling the hydraulics in each station. By uniform distribution, overloading at the heavier section of the CG block was avoided, thereby ensuring a smooth & safe skidding operation without any significant level variation due to ground sinkage. As a result, the actual skidding of 60 meters was completed in about 16 hours, without any issues whatsoever, on 18th Feb’ 2016.

For the lifting and installation of the CG block, FWPL used their state of art Computer Controlled Strand Jacks. The 16 nos. 300 Ton capacity Strand Jacks and 16 nos. Heavy-duty Powerpacks were operated through special cylinder control software on a Laptop. All the 16 Jacks operated within a stroke difference of 10mm of each other, thereby ensuring safe lifting without overstressing any Ceiling Girder Component. FWPL also used 16 nos. Recoilers for this operation.

From 1st Jack up to 4th (final) Jack up, the entire operation was completed in a record 9 days. The final Jack-up of the complete assembled CG block weighing 2700MT at the height of 85.4M was safely and smoothly completed on 17th March’2016, to the entire satisfaction of our client, L&T – MHI, and RRVUNL. As part of this contract, FWPL will also skid and install the remaining Boiler Components, including Nose Block assembly, Intermediate header block, and Economiser Hopper block, in the coming months at this site.